In memory of our friend….

You could say that the love that Steve and I share is a fairy tale. When I met steve and was introduced to his family and friends I was apart of the family. I can say that along the way a few of those people became very special to me. We have shared many private jokes, laughs, tears, dances and meals together. I have know these people for more than 20 years, so they are more than family to me in my heart.

One such memory, and private joke comes from the year we did a blood drive at the American Legion Post 7 and one of the first times I had met Hank. In the back giving blood, there were several of us laying on the cots, with tubes of blood filling bags, and a stress balls in our hand squeezing away. In comes Hank… I’m the only female, and Hank looks at me, gets a huge grin on his face, and waggles his eye brows…and busts into laughter. The entire room busts out laughing… Thats the kind of guy that Hank was, he always found a way to make people laugh. All these years later, every time I saw him, he remembered that day, it that became our thing. 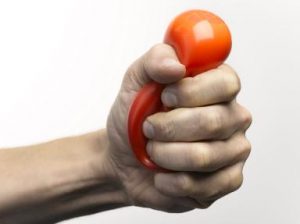 On January 24, one person who I have held near and dear to my heart for over 20 years was called home. Hank, was always good for a joke, a smile, or a friendly word. My heart has been breaking since, I got the call. During this time I am sending thoughts and prayers to his wife, children, and family. He will forever be in my heart.

Henry Sewell Hebb, Jr., “Hank”, 79, a forty-year resident of Annapolis, died on Sunday, January 24 at Anne Arundel Medical Center. Born on October 21, 1936 in Washington, D.C., Hank was a graduate of St. Anthony’s High School. He served in the U.S. Navy and later began a lengthy career with the C&P Telephone Co. Hank was a member of American Legion Post 7, Moose Lodge 296 and the Annapolis Elks 622. He enjoyed fishing, playing cards and spending time with his family. He is survived by his wife, Shirley M. Hebb; his children, Larry (Teresa), Michael (Pam), Tommy (Cindy) and Jeffery Hebb, Joyce (John) Bryant and Karen (Nick) Pilipauskis. He is also survived by many grandchildren and great-grandchildren. Friends are invited to celebrate Hank’s life on Thursday, January 28 from 10am until his memorial service begins at 11am at the George P. Kalas Funeral Home, 2973 Solomons Island Rd., Edgewater, MD. In lieu of flowers, contributions may be made to the National Kidney Foundation, Heaver Plaza, 1301 York Rd., Ste. 404, Lutherville, MD 21093. An online guestbook is available by accessing the link below.